Microsoft confirms it will acquire GitHub for $7.5 billion

The rumors were true: Microsoft has confirmed it’s buying GitHub for a whopping $7.5 billion in an all-stock transaction.

Reports first emerged last week that Microsoft was in advanced discussions to acquire the code-hosting repository, and these reports intensified over the weekend. Now we know for sure.

According to Microsoft, GitHub will adhere to its “developer-first” ethos and will continue to operate independently as a platform-agnostic service.

“Microsoft is a developer-first company, and by joining forces with GitHub we strengthen our commitment to developer freedom, openness, and innovation,” Microsoft CEO Satya Nadella said in a press release. “We recognize the community responsibility we take on with this agreement and will do our best work to empower every developer to build, innovate, and solve the world’s most pressing challenges.”

In related news, GitHub has been on the hunt for a new CEO since last August, after cofounder Chris Wanstrath revealed he was stepping down. Now that GitHub will be a Microsoft subsidiary, Microsoft corporate VP Nat Friedman will step in to take on the CEO role. Wanstrath will still be involved, but as a Microsoft technical fellow working on “strategic software initiatives.” 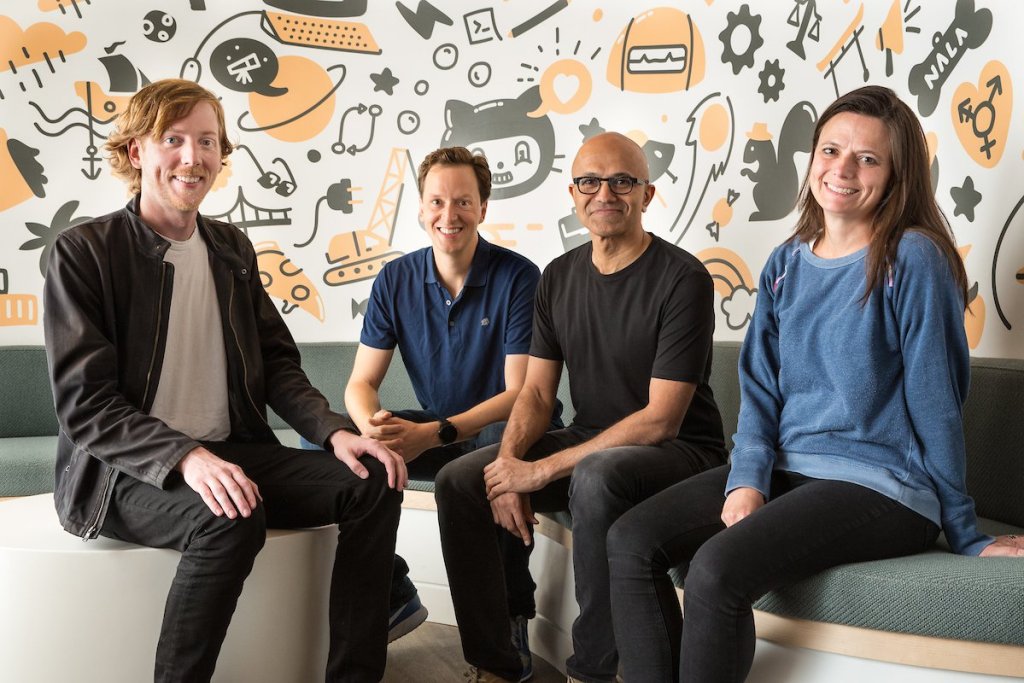 The story so far

Founded out of San Francisco in 2008, GitHub is better known for its free-to-use public open source libraries, which are used by countless companies, governments, and organizations to open their code for collaboration among the wider developer community. GitHub also offers private and enterprise-focused code repositories, which it charges for.

GitHub had raised around $350 million in funding since its inception, including a chunky $250 million round led by Sequoia Capital back in 2015, which gave GitHub a valuation of around $2 billion. However, GitHub has reportedly been hemorrhaging cash for a while, so any deal was expected to weigh in at substantially less than the company’s 2015 valuation. But that didn’t turn out to be the case — $7.5 billion is substantially more than many would’ve predicted, even if it is an all-stock transaction.

So why is Microsoft buying GitHub?

Microsoft has been increasingly embracing open source technologies in recent years — at its annual Build conference last month, for example, it revealed it was open-sourcing Azure IoT Edge runtime. Microsoft actually once offered its own code-hosting repository — known as CodePlex — however, Microsoft announced last year that it was closing this service down and partnering with GitHub instead. “Over the years, we’ve seen a lot of amazing options come and go, but at this point, GitHub is the de facto place for open source sharing, and most open source projects have migrated there,” noted Microsoft corporate vice president Brian Harry at the time.

Microsoft’s projects actually attracted the most contributors — compared to any other projects on GitHub last year — nearly double that of Facebook, the next most popular. It was the same story the previous year, too.

At Build last month, Microsoft once again partnered with GitHub, as it opened up Azure DevOps services to GitHub customers. And late last year GitHub revealed that it would be adopting Microsoft’s GVFS tool for managing large-scale source code repositories.

Ultimately, Microsoft needs developers on board as it doubles down on its previously stated mission to invest in the “intelligence cloud” and “intelligent edge.”

“The era of the intelligent cloud and intelligent edge is upon us,” Nadella added. “Computing is becoming embedded in the world, with every part of our daily life and work and every aspect of our society and economy being transformed by digital technology. Developers are the builders of this new era, writing the world’s code. And GitHub is their home.”

Moreover, Microsoft is well-positioned to up-sell, cross-sell, and generally sell the enterprise version of GitHub to its myriad existing customers — something that Nadella confirmed Microsoft would be looking to do.

“We will accelerate enterprise developers’ use of GitHub, with our direct sales and partner channels and access to Microsoft’s global cloud infrastructure and services,” he said.

Although Microsoft has pushed hard to position itself as a friend of the development community and purveyor of open-sourcing, the fact remains that today’s news won’t be greeted with open arms by large segments of GitHub’s 27 million-strong user base. Microsoft knows it can’t afford to peeve developers, which is why it is being particularly vocal about its intention to keep GitHub as it currently is, allowing developers to deploy code to “any operating system, any cloud, and any device.” But that doesn’t mean this deal won’t create closer alignments between Microsoft’s own services and those of GitHub. Only time will tell how Microsoft will fully leverage GitHub’s development community — will it strong-arm GitHub users onto Microsoft’s cloud and other software services, or perhaps sideline GitHub’s Atom editor in favor of Visual Studio’s code editor?

For developers unwilling to work with a Microsoft-owned GitHub, there are alternatives — such as GitLab, which raised a $20 million round of fundinglast year from big names like GV (formerly Google Ventures). An interesting side point here: GitLab recently revealed it was ditching Microsoft Azure in favor of Google Cloud.

The timing of today’s announcement is also notable, coming as Apple prepares to kick off its annual WWDC developer conference. A coincidence, perhaps, but one that ensures Microsoft steals at least a few column inches from its long-standing rival.

The GitHub transaction is expected to close by the end of 2018.