Amazon’s cloud business may get much of the attention for bolstering the company’s bottom line. But an emerging new advertising arm of Amazon is also fueling record profits for the Seattle tech giant.

Amazon on Thursday posted revenue of $52.9 billion and profits of $2.5 billion for its second quarter. The company has traditionally funneled its revenue back into the business, resulting in quarterly net losses but allowing Amazon to invest in growth.

The dominance of Amazon Web Services has helped get Amazon into the green in recent years, but its lesser-known advertising business is also playing a role.

““It’s now a multibillion-dollar business for us. We’re seeing strong adoption across a number of fronts.””

Amazon does not break out financials for advertising and lumps it into the “Other” category, which “primarily includes sales of advertising services, as well as sales related to our other service offerings,” according to financial statements.

Brian Olsavsky, Amazon’s chief financial officer, specifically called out the growth of advertising as a driver of the company’s “strong quarter.”

“It’s now a multibillion-dollar business for us,” he said on a call with analysts Thursday. “We’re seeing strong adoption across a number of fronts.”

Advertising drives a majority of revenue for fellow tech giants including Google and Facebook, which charge advertisers to have their marketing content appear on search results or news feeds. eMarketer predicted that total digital ad spending worldwide will reach $273 billion in 2018.

Amazon employs a similar strategy, but instead with its online marketplace, giving vendors, authors, and others a way to reach potential customers. One of its main competitive advantages is the data it has on purchasing habits. 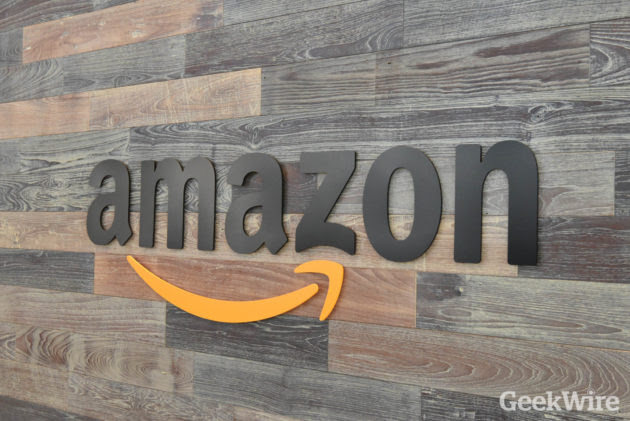 Olsavsky said Amazon is working on improving automation tools for advertisers and making smarter recommendations for customers. It is also focused on building out measurement capabilities so “advertisers understand what outcomes they are driving on our properties.”

“We think we are uniquely positioned to show them the direct benefit of their advertising,” Olsavsky added.

There still seems to be room for Amazon to grow its advertising business even more. Alex DeGroote, a media analyst at Cenkos Securities, told CNBC that it could grow to $20 billion by 2020.

“Both Google and Facebook have grown fat by eating other people’s lunch (that of traditional media companies in particular), but Amazon may be the one firm that is big enough to eat theirs,” wrote Martin Sorell, founder of advertising giant WPP, in a post for Wired.

Amazon has become a formidable e-commerce search engine, competing with Google to be the first place where shoppers start when they want to buy products online. Its growing advertising business is another example of the battle between Amazon and Alphabet-owned Google, which compete across a number of areas such as voice technology, cloud computing, and online shopping.